What I did on my summer vacation, part one - Hecla, Mb

Well, the Mascot just got back from a full FOUR WEEKS at camp. We didn’t have a lot of time for an epic family vacation before he left, so we decided to take a 3 day/2 night trip up to Hecla to do… nothing.


Seriously.
Nothing.
Nothing but relaxing, swimming, reading magazines, eating, watching movies, walking, snapping pictures, laughing, sleeping and just loafing about.
And, unless you are a golfer, Hecla is the perfect place to do nothing.
DAY 1
We started our trip on Wednesday morning with some errands and brunch, and then pointed the car north on Highway 8. Less than two hours later, we arrived safe and sound (despite a bizarre killer bee near-incident) at Hecla Island. $12 bucks (cash only!) for a park pass and we were in!
Our first impression of The Lakeshore Hecla Resort was “Oooh…ahhh…oh!” The Mascot is fairly easily impressed, but the lobby and then, finally, the room pretty much blew him away. We had already called dibs on the beds (I always like the one furthest from the door), so we quickly settled in and made ourselves at home. Once I was unpacked, I almost started to wish that I had brought more things; there was SO much storage space in the room and in the bathroom!
Once we had a little decompression time, we headed down to the pool area. J had his goggles, I had my fancy bicycle magazine, and we had nothing but sunshine and time. I read while he swam and, really, it was just about the nicest, quietest 90 minutes of the past decade. We were less than 200km from home and felt like we were a million miles away. 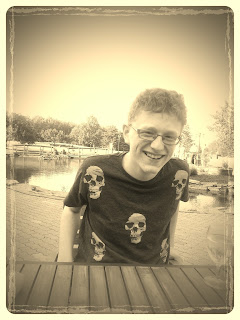 Of course, all that relaxing works up quite an appetite. And a thirst. We changed into our third outfits of the day (the best thing about of traveling has to be the arbitrary clothing changes) and went out to the patio for dinner. The kid had chicken fingers and fries (because he’s a kid) and I had fish tacos and a pail of wine (because I am a lush). Everything was fresh and delish, but it was the scenery that stole the show. Absolutely perfect.
After dinner, we went for an epic walk on something called “Lighthouse Trail” and, guess what… we found not one, but TWO freaking lighthouses. I was in heaven. As soon as my pockets couldn’t hold any more pebbles and I had taken enough photos, we headed back to the hotel to watch a movie and eat cake. Again, heaven.
Day 2
I woke up on Thursday morning with a slight shmoo torte-hangover and decided to hit the fitness centre to work up a sweat and work off some guilt. When I got there and saw the lone treadmill facing a tv, I changed my plan and headed outside to tackle Lighthouse Trail again. It was a warm, sunny morning, but there wasn’t a single person outside, so I made like I was the Prancercise lady and shimmied my way through the woods. It was oddly enjoyable, but I would’ve DIED if anyone had witnessed it. DIED 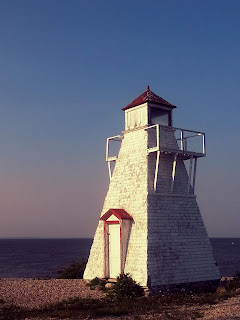 I had slowed to a perfectly normal walk just in time to emerge from the trees and came face-to-face with a doe. As in, doe a deer. A really big, really beautiful female deer. I had one of those rare, life-affirming moments where you stare into the eyes of a majestic animal and feel yourself get stronger and braver. No, really. I did. And you are not going to get *that* running on a treadmill. It took me a very long time after she wandered off into the woods to turn around and go back to the hotel. I did a little yoga (because no one was watching and WHY NOT?) and then sat on the rocks by the older of the two lighthouses, listening to my iPod and building teeny, tiny pebble inukshuks. Serenity now.
The rest of the morning was spent convincing the Mascot to get up and go for breakfast, waiting for and then (eventually) eating breakfast (clearly a different staff than at dinner), and then sitting by the pool and reading yet another niche magazine (mid-century modern homes) while J swam. As you can imagine, it was EXHAUSTING.
We decided to take a break from the hotel restaurant and drive to Gull Harbour for lunch. It was a blazing hot day, but the screened porch of the Lighthouse Inn (yes, another lighthouse!) was cool and breezy. I was randomly craving tuna salad and fries, so that is exactly what I had. I think the kid had a chicken burger, but it was gone so fast that I am not sure.
After lunch, we made the big 10 minute drive to the very quiet and historic Hecla Village for ice cream, which we managed to find (in sandwich form) at the General Store. We took some time to wander around the town’s cemetery and take some cool pictures at a century-old log house before making our way back to the hotel for a wee nap. 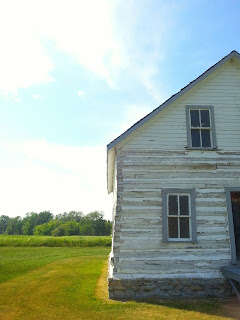 It was a beautiful evening, so we decided to eat dinner on the patio again. We had heard that pizzas were pretty good, so we each ordered one – veggie and feta for me and pulled pork for the Mascot. While we waited (and I made my way to the bottom of a noggin-sized Caesar), we watched three young siblings who had abandoned their dinners to try their luck at catching frogs in the ponds beside the patio. Unfortunately, none of them fell in. So much for dinner theatre!
Anyway, the pizza was fantastic; thin, crispy crust with a good dusting of cornmeal and just the right amount of charring from the wood-fired oven and, in the case of my “Veg Head”, lots of grilled, marinated veggies and cheese. The Mascot, after plowing his way through most of his 15” pie, said that it was the best hotel food that he had ever eaten. High praise, I tell ya.
We spent the rest of the evening holed-up in our room watching movies and YouTube videos. Good times.
Day 3
I shouldn’t have been bummed to wake up to rain, especially after two days of perfect weather, but it did put the kibosh on my plans to walk to the lake. Instead, I rolled over and grabbed another hour of sleep and then hauled the Mascot down to breakfast.
Again, it was a painful wait to get our food (which was really surprising, considering how great dinner service was on both nights), but once it came (French Toast for me, chocolate chip pancakes for J), it was ok; nothing extraordinary, but we were just so happy to get it that we tucked right in.
After breakfast, there wasn’t much left for us to do except pack up and check out, so that’s exactly what we did. And there, I suppose, is where our story ends. (Unless, of course, you’d like to hear about the ride home and how it’s possible to hear “Blurred Lines” approximately eight times in two hours…?)
Posted by Unknown at 11:55 AM No comments: 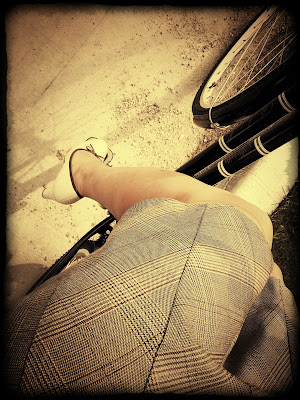 I don't know about you, but I am getting very excited about the 4th annual Winnipeg Tweed Ride, taking place on Sunday, September 8, 2013.
This year's ride will be in two parts, allowing participants to tally-ho as much (or as little) as they want. For those who are really keen to tweed it up, there will be a noon start at Vimy Ridge Park, then a leisurely cycle through Wolseley to Assiniboine Park.
After a wee snack by the duck pond, we will regroup at the Pavilion for the start of the second leg of the trip. Departing at 2pm, the group will cycle around the park and then take Wellington Crescent all the way to Broadway. (Ciclovia/Many Fest will be on, so there will be lots of bikes, people, and activities, including a wine tasting and live music!)
We usually pose for a picture on the steps of the leg before making our way to Dalnavert for croquet and another snack. And then we'll wrap things up in high-style in the Palm Room at the Fort Garry Hotel around 4pm.(Hobnobbing is hard work, I tell ya.)

Leave a comment (or email me) if you would like to join in the fun, or just want more info. This will be my third year taking part and I think this one will be the best ever!
Posted by Unknown at 12:05 PM No comments:

You want some fries to go with that shake? 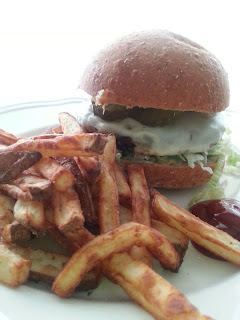 Read my review of the T-Fal ActiFry here.
Posted by Unknown at 10:49 AM No comments: